Classical saxophonist Arno Bornkamp is a unique figure in both the saxophone world and the Classical music world in general. In his career, now spanning nearly 40 years, he has amazed the music world of his energetic and stylish interpretations, full of lyricism and passion. He believes in the saxophone as an instrument with an infinite amount of nuance and colors, reflecting the human soul with all its shadings of light and dark. Bornkamp is a natural storyteller on his instrument, and offers a highly personal take in his interpretations of all the music he plays.

Arno Bornkamp's saxophone style is strongly rooted in the 20th century French tradition: his primary teachers were, in addition to Ed Bogaard, the French saxophone legends Daniël Deffayet and Jean-Marie Londeix. Nonetheless, he was primarily influenced by the Dutch musical climate of the 1980s, a time when traditions were overthrown, dogmas were broken and classical music reached a huge audience. Bornkamp flourished greatly in this cultural climate, and together with Johan van der Linden, André Arends and Willem van Merwijk, he founded the Aurelia Saxophone Quartet (1982-2017). For a long period this quartet was one of the world’s greatest. One of their merits was opening the doors to make string quartet literature accessible to the saxophone quartet, such as the quartets by Debussy and Ravel, which they usually performed without sheet music. The Aurelia Quartet, later with Niels Bijl, Femke IJlstra and Juan Manuel Dominguez, has left a true legacy, which still serves as a source of inspiration for young quartets.

Also noteworthy is Bornkamp's long collaboration with pianist Ivo Janssen. Janssen, himself a gifted soloist, was the perfect musical foil for Bornkamp. Their interpretations of original repertoire and arrangements, many of which have been released on CD, are still considered exemplary. More recently, Bornkamp has started working with younger musicians: the Voyager Trio with cellist Pamela Smits and pianist Tobias Borsboom, the Duo Calvadoré with the Flemish pianist Jan Lust, and the Pannonica Saxophone Quartet, which specializes in playing Argentine Tango.

His infectious way of making music makes Arno Bornkamp the ideal soloist. He has given more than 200 performances as soloist with orchestra, wherein he collaborated with conductors such as Hans Vonk, Jac van Steen, Lucas Vis, Thierry Fischer, Bernhard Klee, Jean-Bernard Pommier, Andrey Boreyko, Pierre-André Valade and others. His repertoire spans from the standard repertoire for saxophone to new, often commissioned concertos. The 'Tallahatchie Concerto' by Jacob ter Veldhuis ranks highly in the latter category, with Bornkamp giving many performances around the world. Quite recently, in July 2018, he gave the premiere of 'Leyendas' by Guillermo Lago (pseudonym of Willem van Merwijk), which was warmly received by the audience during the performance of the XVIII World Saxophone Congress in Zagreb.

For approximately 25 years, orchestras such as the Royal Concertgebouw Orchestra, the Residentie Orkest, Holland Symfonia, and various radio orchestras have used Bornkamp's services as a substitute player, giving him the privilege of performing

orchestral repertoire under such greats as Carlo-Maria Giulini, Ricardo Chailly, Mariss Jansons, Daniele Gatti, Mstislav Rostropowitsch, Heinz Holliger and Bernard Haitink. Bornkamp very much loves the tradition of the saxophone. He has built up a small collection of historical instruments, which enable him to perform older repertoire in an historically informed way, in both solo projects and also with the Flemish orchestra Anima Eterna. However, he has a particular fondness for new music: In total, Bornkamp has collaborated on more than 150 premieres, both as a soloist and chamber musician. Initially inspired by leading composers such as Luciano Berio and Karlheinz Stockhausen, he later built deep, long-term, and productive musical relationships with composers such as Ryo Noda, Christian Lauba, Guillermo Lago, Santiago Baez and Jacob ter Veldhuis, frequently performing many of their works.

Arno Bornkamp finds it essential to pass on his know-how to new generations of musicians, teaching at the Conservatory of Amsterdam where many of his students put his ideas into practice. He is also regularly invited to give master classes all over the world.

Arno Bornkamp has released dozens of CDs under his own name, with the Aurelia Quartet, and in the context of other projects. His latest CD project is a solo CD with music by Johan Sebastian Bach, which will be released by the German label Genuin in February 2020. 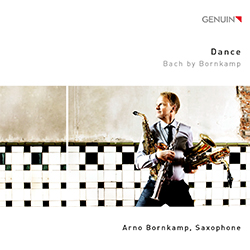 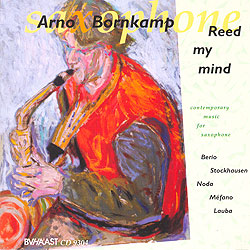 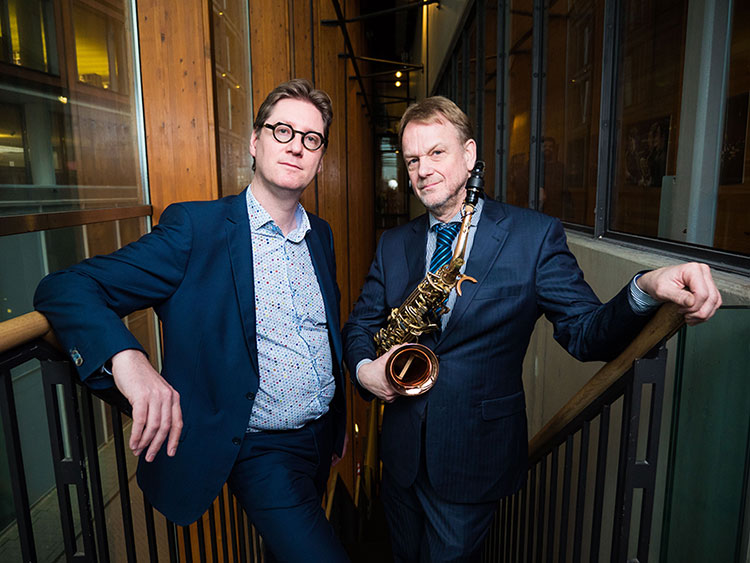 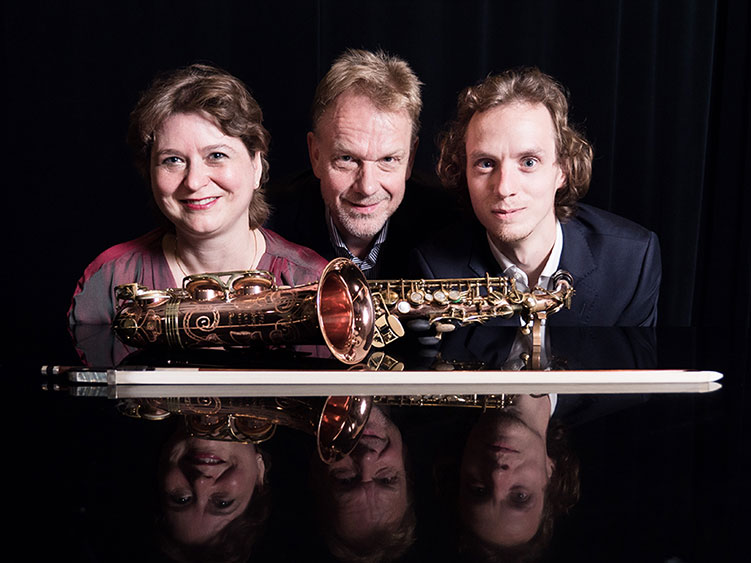 The history of tango keeps on moving. Pannonica Quartet brings back the essence from the Golden Age of Tango through its four saxophones. Looking for the key elements that makes a dancer push the floor and the sounds that evoke emotion in the listener.

Pannonica Quartet has dig into the arrangements of traditional orchestras and developed a unique interpretative style.

In some people's eyes it’s an anachronism, or even blasphemy, to play the works of Bach on the saxophone. It’s possible such purists would have a change of heart thanks to the beautiful and honest interpretations that Arno Bornkamp has captured on CD.

Bornkamp, already 30 years one of the uncrowned kings of saxophone beings, has chosen three different solo works that he performs on three different saxophones. The Second cello suite lends itself particularly well to the baritone sax, although the double stops do require some translation, which Bornkamp cleverly adapts as seamless arpeggios. Even more surprising is the Flute partita, wherein the timbre of the soprano sax gives the impression of a kind of Super-Flute, indicating how perfectly Bornkamp can control the tone color.

The pièce de résistance is the Second violin partita, with the gargantuan Chaconne. Fabulously played on the alto, with a splendid display of implied polyphony, though it does sometimes want for the blatant drama of bow and string. 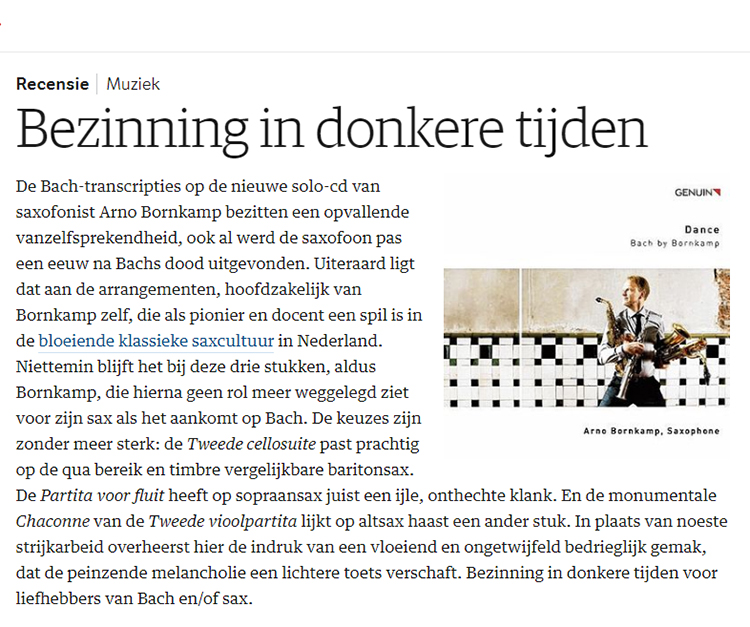 The Bach transcriptions on the new solo CD by Arno Bornkamp clearly speak for themselves, even though the saxophone wasn’t invented until a century after Bach’s death. Naturally, that is thanks to the arrangements, mainly from Bornkamp himself, who as a pioneer and teacher is a lynchpin of the flourishing Classical saxophone culture in the Netherlands. Nevertheless, it all ends with these three pieces, according to Bornkamp, who beyond them doesn’t see a role for the sax when it comes to Bach. The selections are strong, without a doubt: the Second cello suite works wonderfully on the baritone sax, with its similar range and timbre. The Partita for flute has a truly pure and distant sound on the soprano sax. And the monumental Chaconne from the Second violin partita, on the alto sax, seems like a totally new piece. Instead of diligent string-work, the predominant impression here is of a flowing and undoubtedly deceptive ease, which gives the pensive melancholy a lighter touch. Reflection in dark times for lovers of Bach and/or the sax. 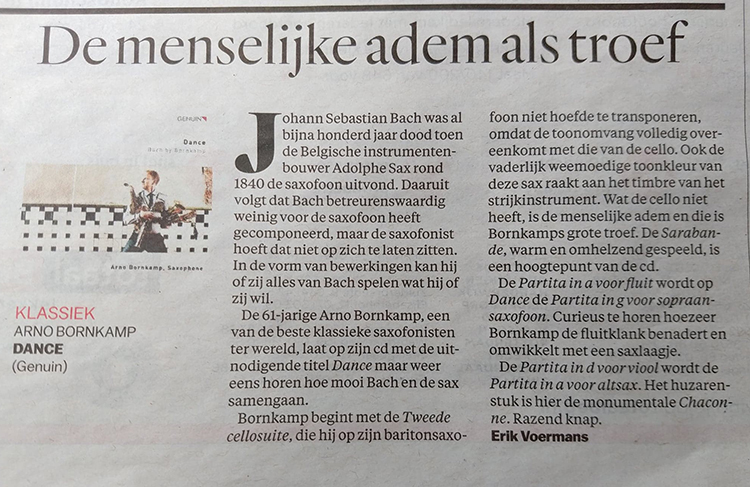 The Human breath as ace in the hole

Johann Sebastian Bach was already nearly one hundred years in his grave when the Belgian instrument builder Adolphe Sax invented the saxophone, around 1840. It follows that Bach composed shamefully little for the saxophone, but the saxophonist need not accept that. With arrangements, he or she can play anything of Bach’s that he or she likes.

The 61-year old Arno Bornkamp, one of the world’s best classical saxophonists, shows us how beautifully Bach and the sax go together on his CD with the inviting title Dance.

Bornkamp begins with the Second cello suite, which on his baritone saxophone he doesn’t need to transpose, because the pitch range completely matches that of the cello. Also the patriarchal, melancholy tone color of this sax approaches the timbre of the string instrument. What the cello doesn’t have is the human breath, and that is Bornkamp’s biggest ace in the hole. The Sarabande, warmly played and embracing, is a high point of the CD.

The Partita in a for flute becomes, on Dance, the Partita in g for soprano saxophone. Curious to hear how much Bornkamp approaches, and expands, the flute sound, with a touch of sax.

The Partita in d for violin becomes the Partita in a for alto sax. The real feat here is the monumental Chaconne. An incredible achievement.